As all the busyness of June and Harvest America comes to a close, let’s reflect for a moment on Father’s Day and our heavenly Father. The Bible holds many promises about our Father God:

These are just to name but a few. One verse particularly stands out however as we introduce one particular father who calls Harvest OC his home. Psalm 68:5-6 says that God is “a father to the fatherless, a defender of widows, is God in His holy habitation. God sets the solitary in families” (NKJV).

Meet Kevin Huang. Born in Taiwan, Kevin’s parents, Henry and Judy, moved their family to the United States when Kevin was two years old, seeking to provide a better life for them. Kevin’s father, Henry, was proud to be the eldest son in over 20 generations of devout Taiwanese Buddhists. Kevin was in line to inherit the family’s Buddhist shrine, upon which over 20 generations of Huangs were recorded. Needless to say, Kevin was raised as a Buddhist.

Fast forward to 1992. Kevin was studying biochemistry at UC San Diego when he met Janet, who was there studying molecular chemistry. “Janet’s beauty drew me to her, we started dating and got married in 1998,” Kevin shares. “Neither of us were Christians at the time.”

After they were married, Janet and Kevin attended Janet’s family’s church a few times—basically due to tradition, but they thought that as they were now a family it would be a good idea. Neither of them felt comfortable there so they looked up churches in the yellow pages. Kevin says, “Janet doesn’t like being even a few minutes late; that’s for sure. So when we arrived at the church that we found in the phone book over 15 minutes late, Janet didn’t want to go in. We decided to go to brunch instead but on the way to find a restaurant, we noticed a sign for a church and pulled in. That church was Calvary Chapel Golden Springs and the very first sermon we heard there was on Romans 1. We never went forward though.”

Pastor Raul Ries planted and watered the seeds but Pastor Greg Laurie reaped the Harvest. Both Kevin and Janet gave their lives to Christ at a Harvest Crusade on August 20 of 2000. It was a huge deal for Kevin to become a born-again Christian.

“I remember how often Pastor Raul would preach on persecution. The season after Janet and I went forward at the crusade, my dad disowned me; I was devastated,” Kevin recalls. “But I choose Jesus above all else.”

Sadly, Kevin’s father, Henry, died in 2013. But Kevin never gave up praying for his family’s salvation and faithfully shared Christ at every opportunity he had.

“Through prayer and by faith my father and I reconciled and, praise God, my dad gave his life to Christ three years before he passed away,” Kevin proclaims. “Nothing but the blood of Jesus!”

Kevin’s mom, Judy (who had also disowned him when he became a Christian), gave her life to Christ in 2011. Kevin and Janet never wavered in their faith; that unwavering faith is exactly what the Lord used to bring Kevin’s parents to Christ.

Kevin and Janet desired to be parents and had prayed for some years before deciding to adopt. They filed to adopt a child from China so they didn’t know if they were going to get a boy or girl, a newborn or toddler. “We trusted God and prayed for two years during the paper pregnancy for the Holy Spirit to choose the child God had for us. We knew it would be God ultimately leading and guiding and we were totally at peace,” shares the couple. “The adoption papers were approved when Faith was seven months old and we finally got to go get her when she was ten months old.”

They knew the child God had for them was their daughter Faith when Janet picked her up; she grabbed Janet’s face and didn’t cry. “All the other babies cried and cried when their families met them and picked them up,” Janet recounts.

“We absolutely love her from day one! We named her Faith because by faith Jesus blessed us with this beautiful daughter.”

“Faith has been a daddy’s girl from the very beginning; they have the same personality,” Janet shares.

Faith says of her dad, “He always incorporates God into everything and sometimes brings humor into it. I’m a lot like my dad, literally. We joke around and laugh a lot and we like to make others smile, especially when it comes to telling them about Jesus.” She likes to shadow her dad when he fixes stuff; it’s their daddy-daughter time and provides Kevin with opportunities to teach Faith life lessons along the way.

Kevin spends every morning and night with Faith doing devotions and reading God’s Word. Faith prayed to ask Jesus into her heart when she was three years old. “I always try to be a good example to Faith and help equip her for the battle of living life in this world. I wanted her faith to grow from small to big,” Kevin says. “Faith reminds me of all the good God has done in our lives. Being a father to her is one of the biggest blessings of my life.”

Now 12, Faith is in 8th grade and is homeschooled. Mature enough to fully understand the gospel, Faith gave her life to Christ at a Harvest Crusade on August 16, 2009.

“Kevin incorporates the Lord and God’s Word in all his decisions. He is 100% trustworthy because he follows God’s word,” says Janet. “Kevin is my best friend and loves me like Jesus! I’m absolutely blessed. He’s always there for me—full of kindness and encouragement—so very faithful. Twenty years of marriage has flown by and we know that in Christ, the best is yet to come.”

“Janet’s beauty drew me to her initially. She’s always so nice and thoughtful to others. She’s even more beautiful to me now because she loves the Lord,” says Kevin.

Kevin recalls, “I remember one night; there was an earthquake in the middle of the night. Janet yelled, Earthquake! I woke up and threw my body on top of Janet thinking that would somehow protect her from harm. It was my natural reaction. Why? Because I follow the Bible! If our priorities are correct, they will follow God’s will. I try to love my wife as Christ loves the church. I am a work in progress but trust the Lord to complete the work He began in me.”

Kevin’s life verse is Matthew 6:33, which says, “But seek first the kingdom of God and His righteousness, and all these things shall be added to you.”

“Every decision we make we take before the Lord,” says Kevin. “I want to make sure our family stands upon the foundation of God’s Word. That’s why we put Scriptures under the bricks laid on our front walkway. Visitors actually have to walk upon the Word of God (under the brick walkway) before they enter our house. That’s why we have artwork and decorative items throughout the house with Scripture.”

Kevin is there for Faith to make sure she doesn’t wander off and get lost. Kevin prepares his house for his family with God’s Word as the foundation. Kevin provides for his family so they don’t have to worry about the future. He shows mercy to Janet and Faith and lavishes love upon them. And, last but not least, Kevin became a father to the fatherless and gained Faith.

Kevin and Janet both serve as follow-up counselors for Harvest OC, for the past four years as leaders for the follow up ministry. They have both been part of the Valor and Virtue ministries and now lead as a couple for V2. 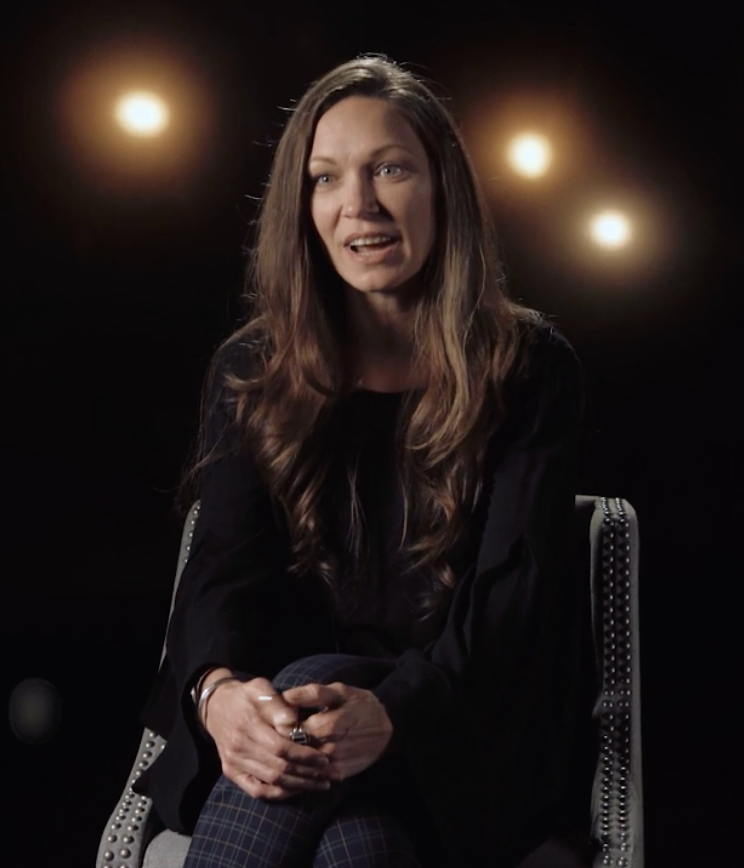 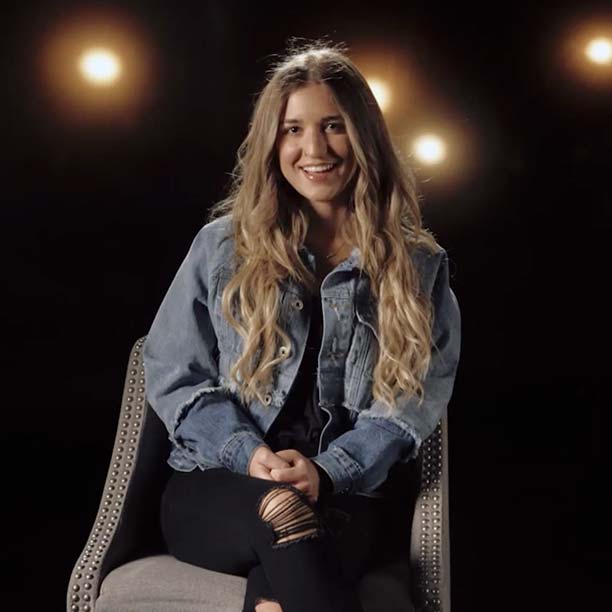 How I Came Back - Danielle's Story
Born and raised at Harvest, when Danielle went to college...
Read 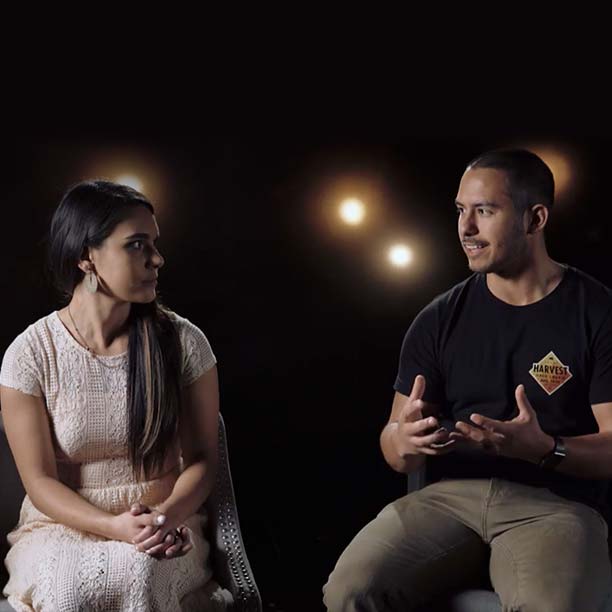 How We Got Involved - Butler's Story
Are you doing your part to make Harvest your home?...
Read